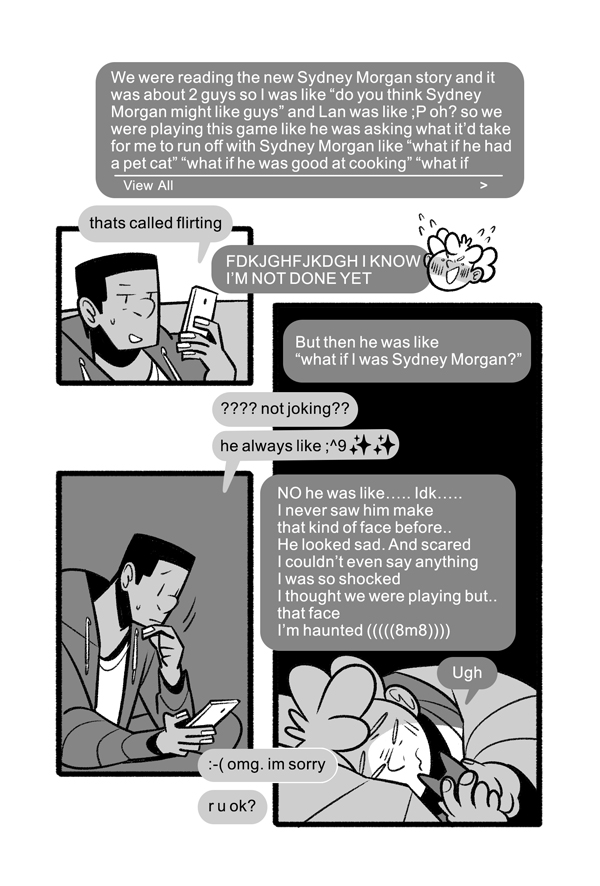 Julian: We were reading the new Sydney Morgan story and it was about 2 guys, so I asked, “Do you think Sydney Morgan might like guys?” and Landon replied: “;P oh?” So we played this game where he asked what it would take for me to run off with Sydney Morgan, by asking me things like: “What if he had a pet cat?” “What if he was good at cooking?” “What if–” [VIEW ALL]

Julian: FDKJGHFJKDGH I know! I’m not done yet!

But then he was like: “What if I was Sydney Morgan?”

I never saw him make that face before.

He looked sad and scared.

I couldn’t even say anything because I was so shocked.

I thought we were playing, but… that face…