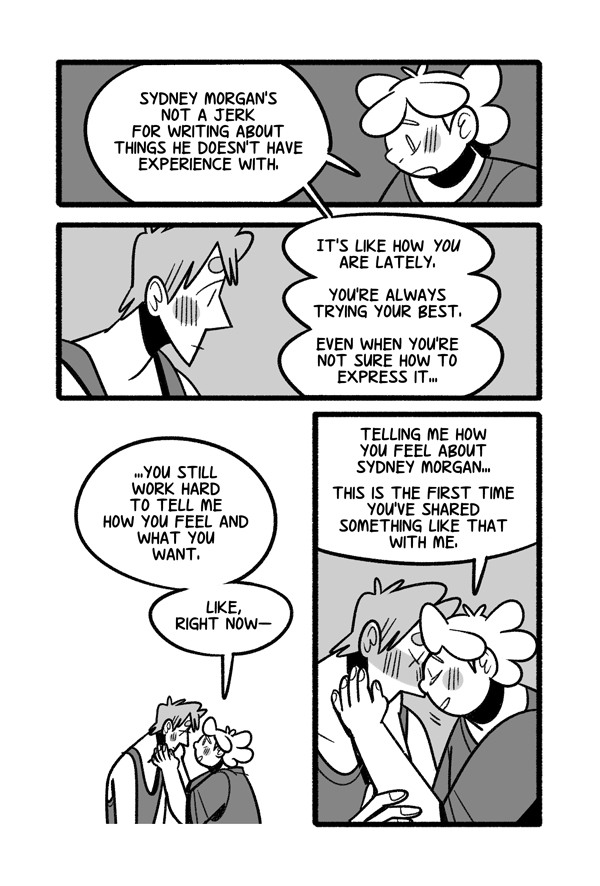 Landon being like "I don't like your fav author" and Julian being like "I'm so happy you trust me enough to tell me this" are so opposite what these 2 kids would've done at the beginning of the comic :') they've both grown so much !!!

ALSO! TINF's 12th anniversary passed on Dec 22! I posted about it on twitter/tumblr~ thank you all so so SO much for your love and support! The tone of this comic has shifted as we gear up towards the end and for a long time it made me nervous about it causing disinterest, but all of you who keep coming back to read mean so much to me and make me so excited to finish this story up :') I'm looking forward to sharing the ending with you!

I'll have some anniversary content in January, so stay tuned for that! ILU XOXO

next 2 pgs thumbnails here and here!