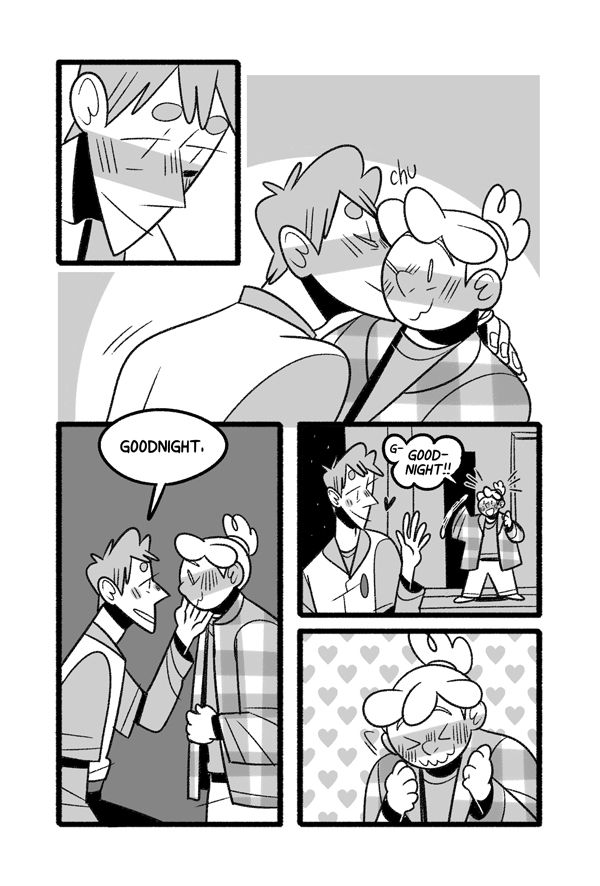 For any eagle-eyed readers, I mirrored the closing scene of ch 10, which was their technical first kiss I think :') they've come a long way, Julian's reaction is different this time... hehe

Thanks SO MUCH to everyone for reading and supporting TINF through this chapter! I had a lot of character shifts/reveals in this chapter which marks a HUGE progression in the comic moving forward, and I'm excited to move ahead!

I'm so moved that no one lost faith in Landon in this chapter (LOL), but I know it means you all understand both his and Julian's motives. I really appreciate all of your thoughtful readings and thoughtful comments! I'm always nervous that I won't be able to convey my ideas properly, but your support and encouragement always shows me otherwise. :) And of course, huge thanks to my bff Thryn, who consistently edits my work and guides me when I struggle (which is often LOL). I'm INCREDIBLY stubborn and rework my dialogue over and over and over again in an effort to convey my ideas properly, and I appreciate her patience and sticking it out with me LOL ILU THRYN !!!

That being said, TINF will being going on an in-between-chapters hiatus!

I know what you're thinking: shut up Nicole, you've been saying that for 9.75 years !!! WELL YEAH !! IT'S REALITY THIS TIME BABEY !! I've consistently failed to make the books while simultaneously working on this comic, so I've decided to take time off to focus on it. This comic is LONG and Past Nicole struggled a ton--so I have to edit almost every page in earlier chapters (well, lbr, up til ch 20 LMAO).

I'll still be updating Patreon! Patreon pays my student loans so I'm incredibly thankful for your support there, so I'm making an effort to update it. For Patreon, I:

but I will give more details on social media as we go. If you have any suggestions as well, please let me know!

...for now, though, I'm taking a couple weeks off. :) I love you all, thanks sooo much! I'll see you on twitter/tumblr~ XOXO